On Thursday, January 19th Isla Kalelle Wyllie made her grand entrance at 10:44pm weighing 7lbs 4oz. This came as a surprise to everyone as she was 2 weeks early and so I just kept thinking the contractions would stop - which led us to a home birth!

It began the previous night when I didn’t sleep well and had some contractions. They continued off and on throughout Thursday – but nothing strong or regular. The same thing happened for 2 weeks with Ewan, so I was not expecting anything to actually come of them. I even saw the midwife that morning and she agreed that they probably did not mean much. Then by 3pm I called my mom because my back was killing me and Ewan was being a handful and Alan was going to be working late that evening building a treadmill with a friend in our basement– so she came by and amused Ewan, made dinner and gave him his bath.


By dinner time the contractions were still there but again not painful at all. By 7pm they were becoming more painful – I could still talk but had to stop walking. So I called our doula and the midwife just to let them know that I might be in early labour – the midwife said she would come by to assess me and if it was early give me gravol to try and get a good night sleep. Apparently a snow storm also started around this time which delayed the midwives and doula's arrival. By 8:30pm Alan and I began to think that the baby may in fact be coming - I was in the bath tub and in full on labour. The midwives and doula arrived around 9pm and did my assessment and to everyone's surprise I was at 9cm!!! The options were then to call an ambulance because of weather or continue to labor at home  as I was doing well and so was baby. At that point there wasn’t a chance I was going to be strapped to a bed in an ambulance while in active labour. So, we continued labouring at home and at 10:44 Isla was born!!! 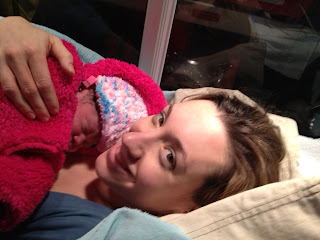 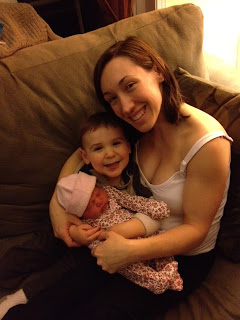 It was a fantastic experience and I am so happy that it turned out the way that it did. It was wonderful having my mom and Ewan in the house (Ewan unfortunately fell asleep 15 minutes before Isla was born), but the two of them kept busy with Mickey Mouse and baking a birthday cake for Isla.


During the pregnancy I had read a lot of books on home births and natural births as I had wanted to create a very different experience than what I had with Ewan - an emergency c-section. However, Alan and I agreed that a hospital birth would be the safer option in the event that emergency circumstances presented themselves again. But once we heard that I was already 9 cm's - past the point where things went wrong with Ewan, and I was still feeling strong and confident in my body's ability to know what to do - the decision to stay home was easy. It also helped that I was very comfortable with my midwife and trusted her opinion and that my doula was a good friend who was experienced, calm and confident in my ability to give birth to this baby. It really was a life changing experience and I am proud of myself for trusting my instincts and of how Alan and I really worked together through the whole labour - except early on when he thought building a treadmill was the priority! I could not have asked for a more supportive team or a better birth experience. 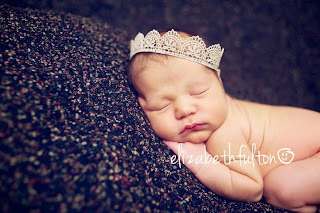 As for the past 11 days, we have been enjoying lots of quiet family time as well as visits from family and friends. Ewan is doing quite well with Isla - he adores her, and as long as I am within view he is fine keeping busy with dad, grandpa or grandma. Isla is also sleeping quite well so far, so I am feeling very well rested at this point.


We are so excited to welcome Isla into our family!


Also, for anyone that is curious, Isla is pronounced like Island (but without the 'nd') and Kalelle was chosen as a middle name by Alan because it is Superman's Kryptonian name and he felt her middle name had to be able to compete with Ewan's (Xavier (for superhero Professor X) Braveheart (from scottish movie)).